Deputy Commissioner has taken a number of initiatives for the betterment of the district. A few of them are mentioned as below: 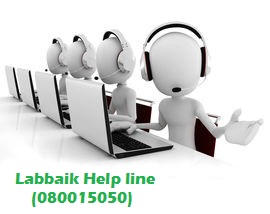 The Labbaik Bhakkar helpline is a single window IT enabled, facility of District Government Bhakkar that makes citizens and Government to interact effectively. Envisaged as a Government to Citizen (G2C) interface, the Help line will ensure the quick delivery of critical inf

ormation, which is otherwise either inaccessible or difficult for the citizens to trace. The relevance of a Government/Public Help line is more important in the context of increased focus on e-Governance and with the implementation of the Right to Information Act for providing information to the citizens in a user-friendly manner. 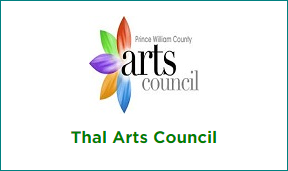 District Bhakkar is situated on in Thal region of the Punjab province which is economically an underdeveloped region. It has an approximate population of 1.6 million people. However, Thal region has unique cultural history which is the prou

d heritage for the society. The arts, crafts, music and literature of Thal are well recognized. This part of the world is also famous for its folklores. On the other side, rising wave of dogmatism, bigotry, extremism and lack of education has paved the way for decline in cultural and literary activities in the society.

The District Administration Bhakkar is determined to bring positive social change by reviving and preserving the cultural heritage of Thal region. Promotion of fine arts and literature can be a unique investment in combating rising trends of intolerance in the society. Opening an Arts Council in Bhakkar will provide this opportunity by hosting art festivals and exhibitions, showcasing the work of local artists, holding concerts and performances, sponsoring arts workshops in community settings, or facilitating professional development services to existing arts organizations. 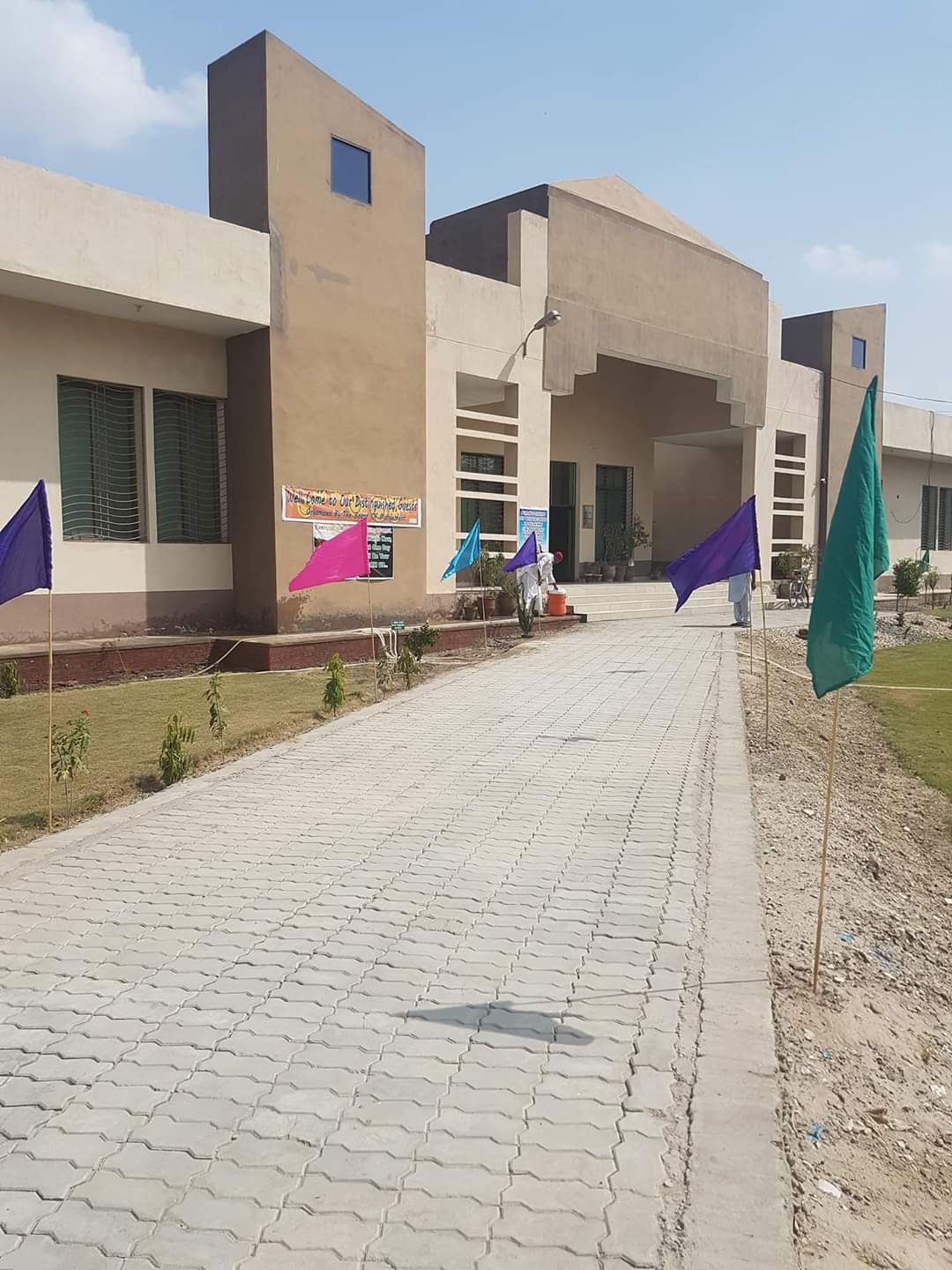 As per vision and extreme efforts of the Deputy Commissioner Bhakkar, Ladies Health and Fitness Club near Piyala Chowk, Mandi Town Bhakkar, has been established on 17th June.  For the purpose, registration process has been started from 03 June, 2017.  This club is fully equipped with the latest imported fitness machinery. We strive everyday to support and empower women to change their lives through fitness and education with our comprehensive facilities and womens fitness classes. 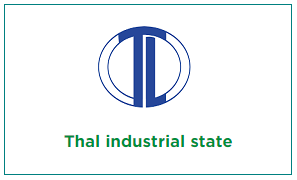 Thal industrial State is another flagship initiative of District Administration Bhakkar. The purpose is to provide employment and investment facilities to unemployed educated youth of Bhakkar. It has also been envisaged to be linked with wider plan of China Pakistan Economic Corridor in order to focus maximum output from it. The scheme has been reflected in ADP 2017-18 as part of Industries Department, Government of the Punjab. Punjab industrial Development and Management Company (PIDMIC) has started feasibility study of the project and schemes will be inaugurated in September, 2017 hopefully.

Best of Bhakkar Magazine is aimed to provide information and insight to the outer world regarding salient features of Bhakkar. It will also cover the history and Geography of Bhakkar. Its crops, traditions, handicrafts and historical moments. Furthermore it will also cover prominent personalities who have been hallmark of this land. The purpose is to attract the people of Pakistan and abroad to this very beautiful piece of land for tourism and other purposes. First attempt in this regard is being made and after gauging its success it will be made regular feature af

Save the Brave Bhakkar Project 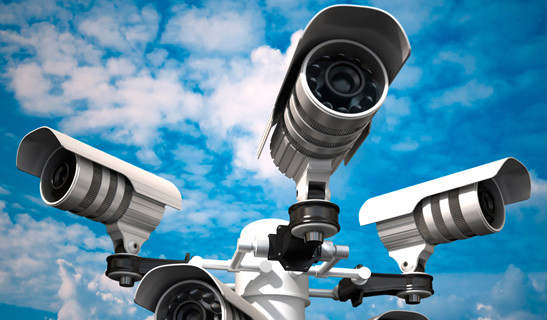 Save the Brave Bhakkar is an initiative by the Deputy Commissioner  Bhakkar to safeguard the people and smart monitoring of vulnerable places of district Bhakkar.  District Bhakkar is a sensitive district regarding its security as the border of the district consists of 130 km adjoining to khyber Pakhtunkhwa (KPK). To strengthen the security measures, the District Administration, Bhakkar intends to install 223 CCTV (Security Cameras) along with accessories, at 96 vulnerable points throughout the district.

These CCTV Cameras will be directly linked with the District Police Control Room through which vulnerable place of district Bhakkar are being monitored 24/7. Estimated cost for said project will be approximately 5 to 6 Million. The project is conceived from the model Safe city Project of Government of the Punjab.  It will help security monitoring during Ramadan, Moharram and other mass social activities.

The purpose of the  software to manage complaints efficiently. This software be an easy and strategic method of recording and tracking complainant concerns and complaints. Each complaint history would easily accessible and provides a completely updated status of how is complaint is progressing through the departments and what actions have been taken.

District Bhakkar is one of the most underdeveloped district in Punjab. The district administration is determined to bring positive social changes by imparting quality education to the children; as every child has a right to good nurturing and quality education. There is ample space / need found in Tehsil Kalur Kot. 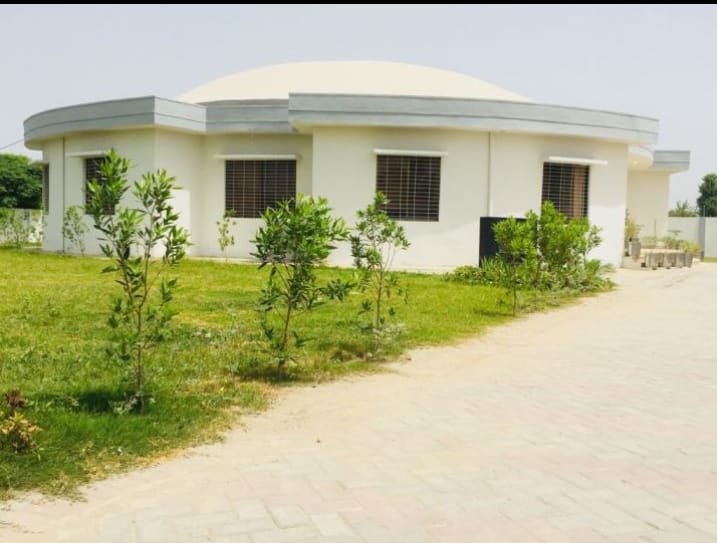 A Job Bureau is an organization which matches employers to employees. The idea for establishing of Job Bureau in district Bhakkar is to create the linkage between employers and the job seekers. This mission is to place the youth unemployed of district Bhakkar in data base and to provide skills with their appropriate positions at local, national and international level.

The main objective of the Job Bureau in Bhakkar is the promotion of full, productive and freely chosen employment, which will also assist in the development and provision of employable skills and knowledge through proper guidance.

Bhakkar is one of the remote district of Punjab and it was a dire need for the students (Boys & Girls) to start master level program in District Bhakkar. The District Administration played vital role in the commencement of M. Sc level subjects in the public colleges Bhakkar that was first time introduced in the history of Bhakkar.
Now, it is good news to the citizens of District Bhakkar that with the great intention of Deputy Commissioner Bhakkar, The Higher Education Department introduced M.Sc level subjects of Psychology, Computer Science and Zoology in Govt. Women College Bhakkar and Physics, Chemistry and Sports Science in Govt. Postgraduate College Bhakkar.
These master courses has been advertised and published in the current prospectus for admission. The admission schedule for these courses has already been started and the classes for these subjects will regularly start in October 2017.

District Bhakkar is one of the most underdeveloped  district situated on the western border of the Punjab province .It has approximate population of 1.6 million people Around 40% of the total population is less than 15 year of age . To cater the educational need of the youth no university and technical institute has so far been established. Therefore, it is imperative to open the university in Bhakkar (university of Bhakkar) for this purpose, land has already been proposed in Tehsil Kalurkot of District Bhakkar.

Orphan house is a non-governmental international development organization which has been working to meet the needs and protect the interests and rights of orphan children .The establishment of the subject village will be a great advantage for the under privilege and marginalized children. Bhakkar is the district with high poverty rate and limited economic opportunities specials in ruler's area, while sufficient state land is available in district Bhakkar as a natural resource available with government to leverage upon for infrastructure development through Public Private Partnership (PPP).

The people of Thal desert and particularly the Bhakkar District are deprived of outdoor recreational facilities, in terms of Zoos/wildlife Park.  The project is therefore proposed for ex-situ conservation of wild life diversity of the Punjab province in a sustainable manner through captive breeding of endangered species viz Chinkara, Black Buck, Spotted Deer, Hog Deer, Blue Bull, Grey and Black Francolins.  The project will also cater for the recreational need of the area in addition to creating awareness among the general public about the importance of wildlife and will also provide research opportunities/facilities to the students and research scholars.